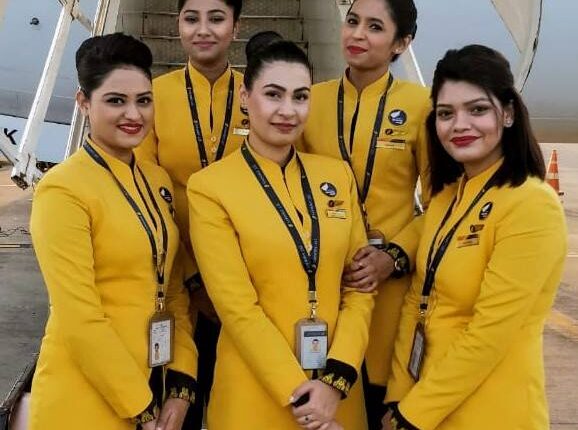 The Joy of Flying

Launched in 1993, Jet Airways grew to become the airline of choice for discerning travellers in India. The famous tagline “The Joy of Flying” became synonymous with Jet Airways and its unrivalled product and service.

Jet Airways eventually flew to over 65 destinations in India and across the world, including Europe, the Middle East, Southeast Asia, and North America, with hubs in Mumbai, Delhi, Bengaluru, and gateways in Amsterdam, Paris, London, and Abu Dhabi. It operated 124 narrow-body and wide-body aircraft on nearly 1000 domestic and international routes, before suspending operations in April 2019 due to financial headwinds.

The company underwent a corporate insolvency resolution process under the (Indian) Insolvency and Bankruptcy Laws in April 2019. After several rounds of bidding, the Jalan-Kalrock Consortium emerged as the successful resolution applicant for Jet Airways in June 2021, giving the airline a new lease of life and paving the way for its revival.

We are creating history by, for the first time ever in India, restarting an airline that had suspended operations for an extended period, under the same brand name, call sign, and AOC. We are currently actively preparing to re-launch India’s most-loved airline in Q3 (Jul-Sep) of 2022, with the promise of bringing back the warmth, understated elegance, and efficient operations that Jet Airways was synonymous with for 25 years.

Well-capitalized and led by seasoned industry professionals, Jet Airways in its new avatar will be India’s most people-focused and customer-friendly airline, updated for the Digital Age.

We will be a ‘smart’ full-service carrier, with a two-class cabin configuration, including a business class cabin designed to global standards and an evolved economy class that offers digital-age customers what they most value.

Aircraft and fleet plan, network, product and customer value proposition, loyalty program, and other details will be unveiled in a phased manner over the coming weeks.

Hiring for operational roles will also now commence in earnest, with former Jet Airways staff getting preference wherever possible.

No matter where you are, no matter what you are doing, if you are former Jet cabin crew and would like to come back to join us in creating history, drop us an email at careers@jetairways.com, referencing “Jet Homecoming Crew”.

Note: For now we are inviting female crew only. Male crew recruitment to commence as we scale up.